I Have Died of Dysentery

In Case You Missed the Inauguration…

What is this Sorcery?!

Or, if you prefer…

In Case You’ve Ever Wondered…

… this is what english sounds like to people who don’t know english.  All right!

Going to the Store

Alright, I caved.  Despite my distaste for all things (American) football, this has been making its rounds and I just can’t help but love Bad Lip Readings.  Stank!!  Ham bone?

Just Throw it In… I’m a Ghost!

For the original, go HERE.

A Day Late and a Dollar Short

Why do I only discover kite tubing AFTER it’s been banned in all 50 states?!?  This would be amazing!!

Heinrich and Frank Refused to Conform

Han is NOT Impressed

Sounds like the men of Amazon have had many similar issues with this incredible hair removal product.  Click HERE to read more… 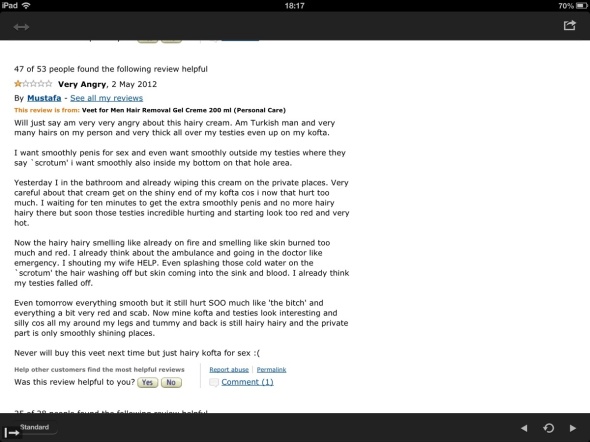 I Have the Same Technique when Lifting at the Gym

She’s not even lifting all that much!!

Crazy Can of Vids!

How Cricket Looks to Americans
Space Stallions
True Regret
Save a Pretzel for the Gas Jets!!
Sexy Sax
There's No Sense Arguing
The WTF Blanket